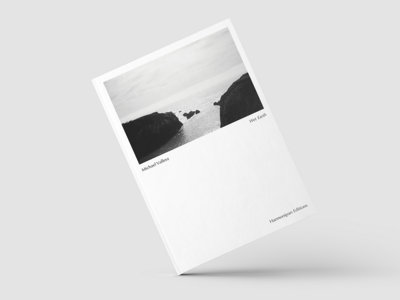 Wet Earth, Michael Vallera’s first fully published photo–
graphy monograph, documents a series of encounters with landscape, light, and space. Shot entirely on 35mm film at various locations across the United States, these images act as a kind of travelogue, recording scenes almost empty of human presence but suffused with muted emotion. These photographs, culled from many hundreds of negatives and taken over a period of several years, invite the viewer to trace an elliptical, uncertain journey along the borders of the natural world and the world of human artifice. The eye—following the proliferating edges, cracks, branches, and folds of Vallera’s images—moves restlessly between form and its dissolution, equally unsettled by the dense, tactile material of the world and the light that envelops and reveals it.

Michael Vallera is a musician and photographer who lives and works in Chicago. Prolific as both a solo artist and collaborator, he has released albums under his own name and as COIN (Opal Tapes), with percussionist Steven Hess as Cleared (Immune Recordings), and with Joseph Clayton Mills as Maar (Umor Rex, Entr’acte). He sings and plays guitar in the experimental rock group Luggage (Don Giovanni Records). An MFA graduate of School of the Art Institute of Chicago, his work has been exhibited in Chicago, New York, Los Angeles, and elsewhere.

ships out within 3 days
edition of 100